After visiting Santiago de Compostela and driving across the border to Portugal to find a place to sleep. We decided to park on a camping so we could enjoy a nice hot shower and wifi etc. We parked in a little place called Covas just across the border with Spain. 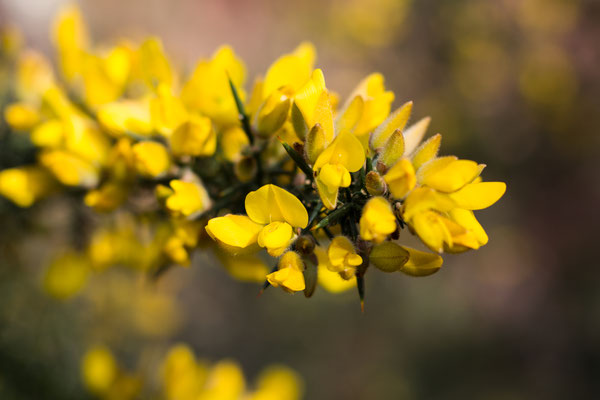 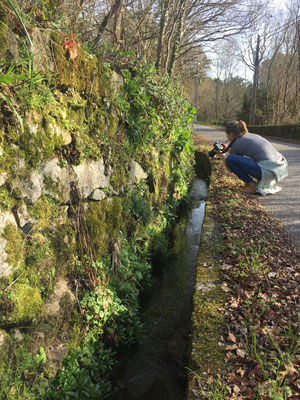 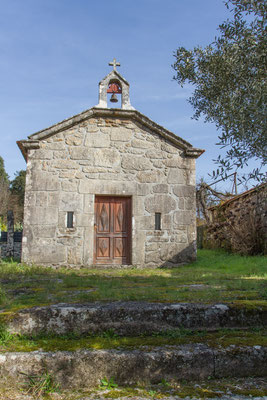 While looking at the weather forecast we realized we didn't want to stay to long up in the northern part of Portugal so from Covas we drove straight to Porto. We read that we wouldn't want to drive in the city centre of Porto especially in a van so we looked up a camper parking area close to the city centre. Which they had and was about 2.5 km away from the old city centre. Once we were there we could either take the old tram or go by foot. We chose the second one which was a nice walk along the river the Douro. We are starting to get really good at just following our nose through the cities and still coming across all the highlights. So we decided to do that in Porto as well. First we walked through the old part of the city. Which had nice historic buildings with the old train station as highlight, small alleys, and a lady who made roasted chestnuts ( best part :P). After wandering around the old city centre and looking around in the little touristy shops we walked back towards the car but this time not along the river but further up through the back part of the city. Which was nice to see how the busy noisy part of Porto changed into a more quiet part with once every so often a beautiful view across the river. Porto definitely is a nice city. After a couple of hours of strolling around we got back to the car did some groceries for dinner and got into the van to drive to the camping area where we will sleep tonight. 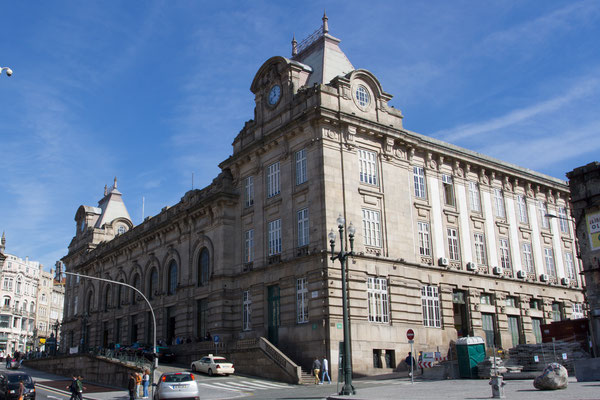 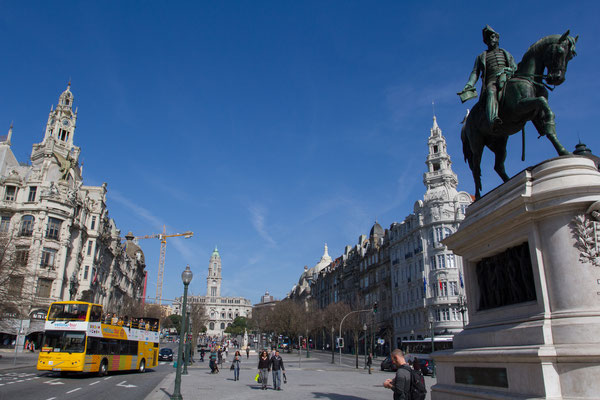 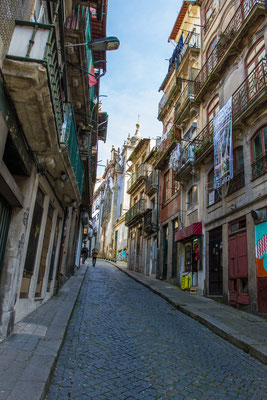 From Porto we drove to Coimbra a lovely city with a really nice vibe! Lots of young people and students. Since it is Sunday today it wasn't that busy and around the area where all the universities are (the highest part of the city) there were a couple of students telling the tourist stories about the old city and showing which places to check out. At the same time trying to earn some money by celling postcards or other small souvenirs of the city. After buying a post card and a long talk with one of the girls we checked out the pretty university buildings and from up there we walked down towards the river and back to the van. Definitely a nice city and with the warm weather a perfect couple of hours.

After checking out Coimbra we drove on to Marvao a city on the eastern border of Portugal. A 1000m high hill with all flat surroundings so pretty spectacular views! We parked the van on the edge of the hill so from inside we could look out across the flat area bellow. Super cool!! 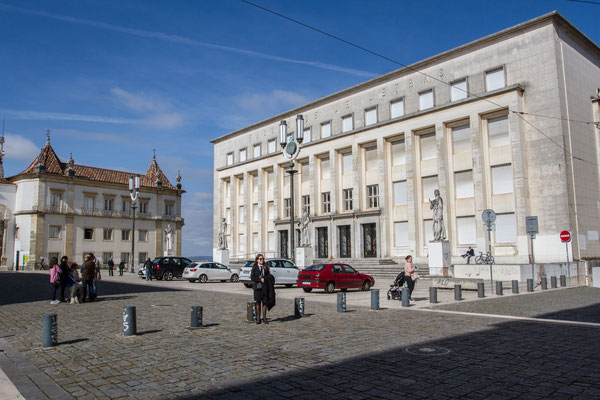 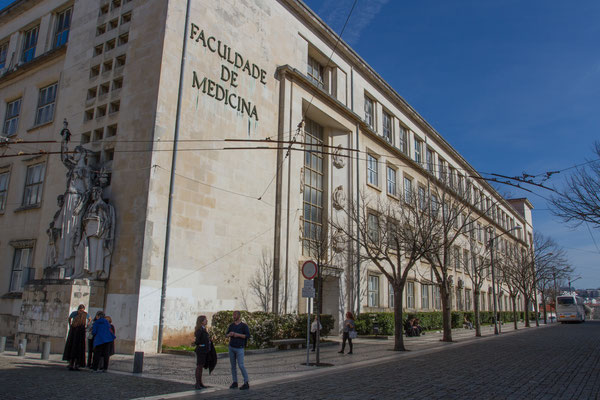 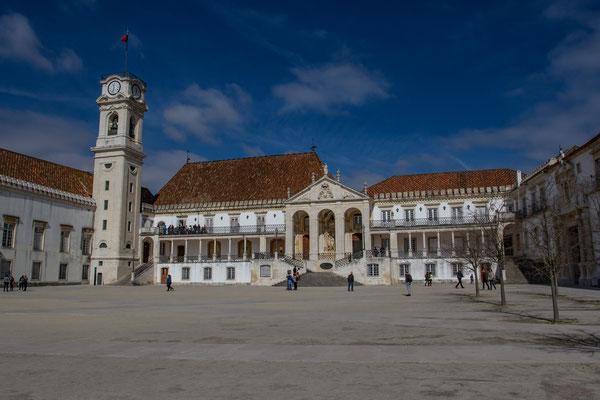 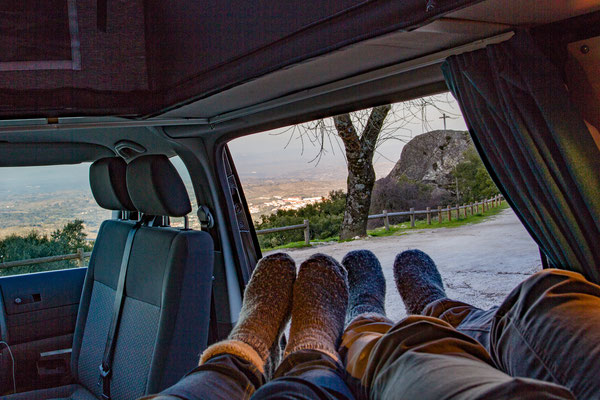 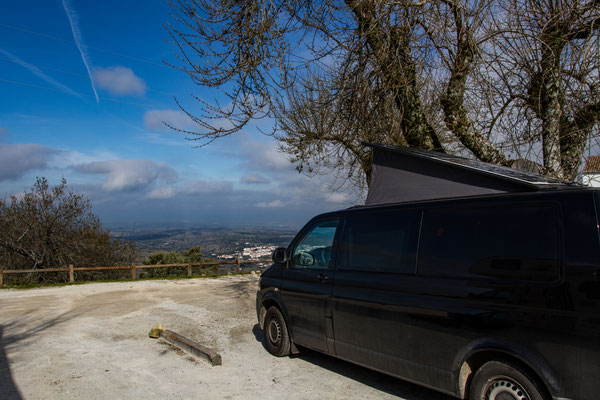 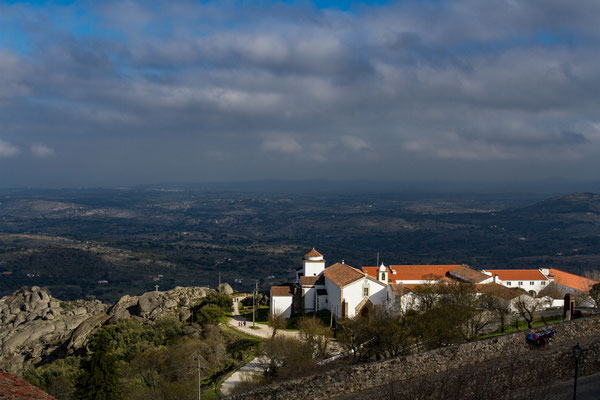 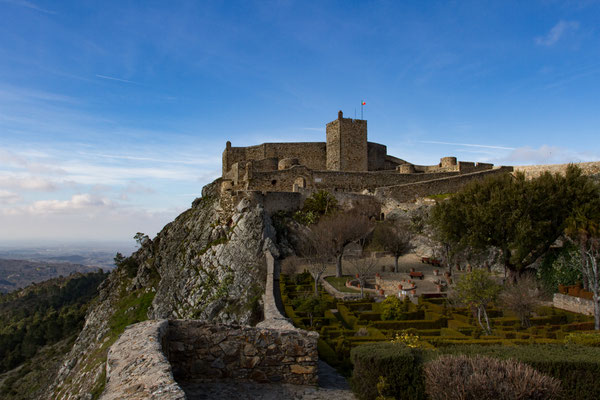 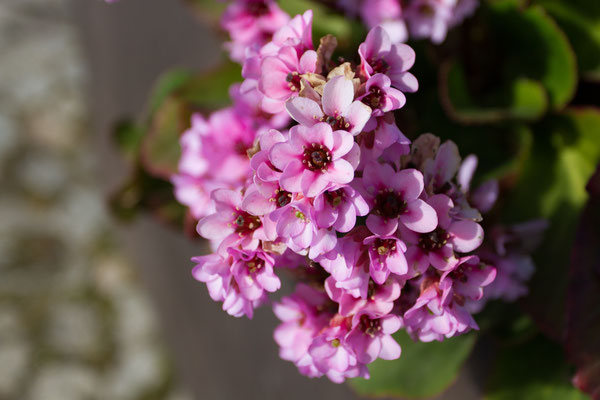 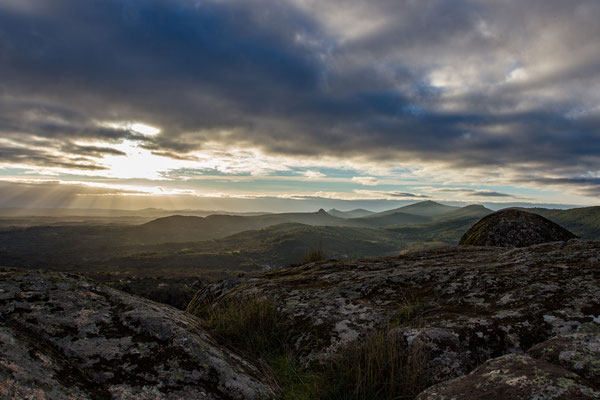 Well not Lisbon exactly but from Marvao we drove to Evora a city in the middle of Portugal. With a nice city centre and all white and yellow buildings. A beautiful city wall around the city and nice people with roasted chestnuts :-) After some coffee and strolling around the city we drove on towards Lisbon, to a beach below Lisbon which is called playa de Fonte da Telha. A beautiful long beach. You can park right on the edge of the beach which is always nice! It will probably be a lovely night with the sounds of the waves. Tomorrow we will be driving towards Cascais where we can park right along another beach. After that we will see if we feel like heading into the city of Lisbon. 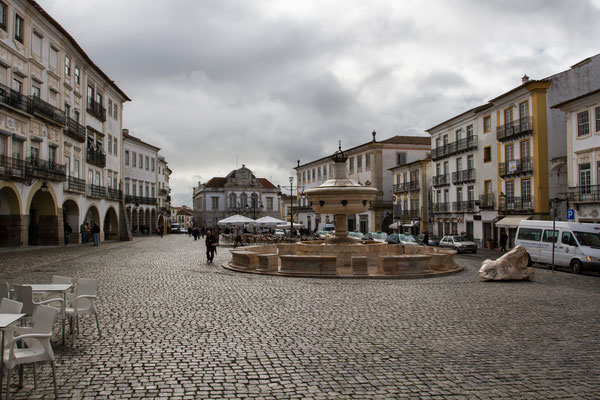 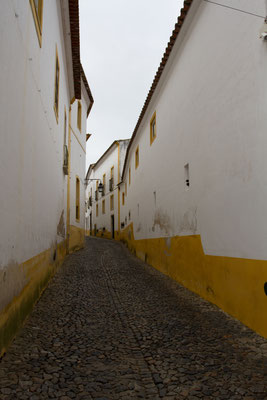 We definitely needed to do some laundry. So first things first. Finding a Lavandaria Self service. After putting all the dirty laundry in the machine we walked down the hill and found a starbucks! Which is always welcome, after a nice Soy Late we looked where all the tourist were heading ( probably a place that we shouldn't miss as a tourist :P) It was the national Archeology museum a very large beautiful building with probably a lot of interesting things inside but with a lineup of so many tourist that we would probably have had to wait hours before we could go in, and after all, our laundry was waiting... ;-) So headed back to our laundry and with that neat and tidy back in the cupboard we left to the shore of Cascais. Once we arrived there we saw massive waves banging on the rocky shore. So I grabbed my camera to see if I could get some cool shots. Ferdinand asked around if this was normal but he found out that there were spring tides (duhhhh). After some cool shots we drove around a little to see if there were other spots that had nice views. We came across Praia do Abano a cool look out spot and we watched the sun set. once the sun was gone we prepared some dinner and then headed off to our sleeping spot. A camper parking area close to the shore. 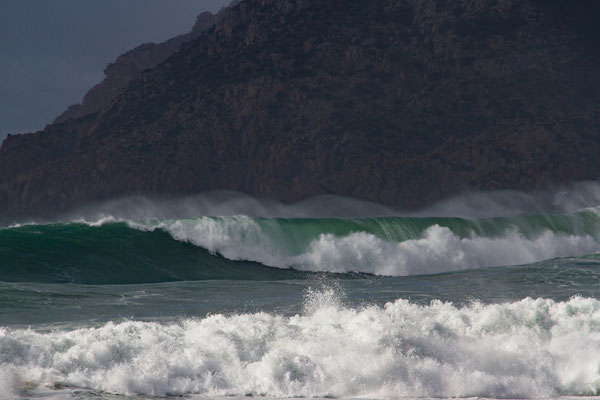 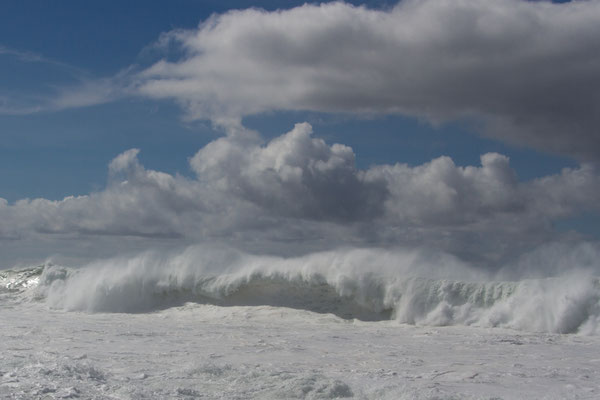 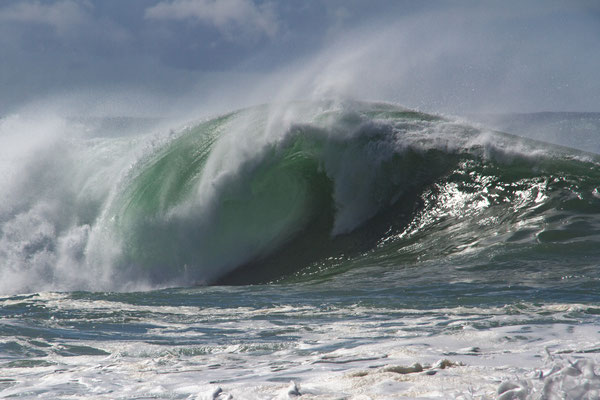 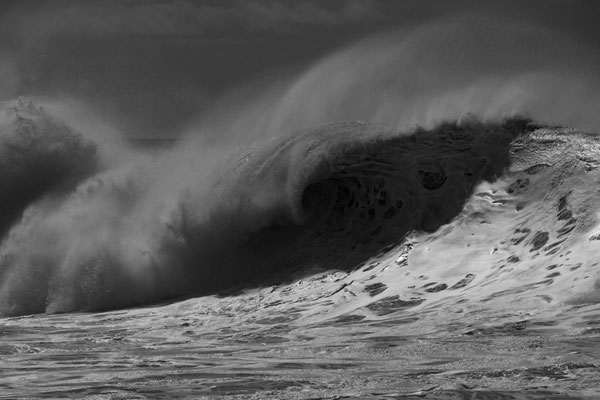 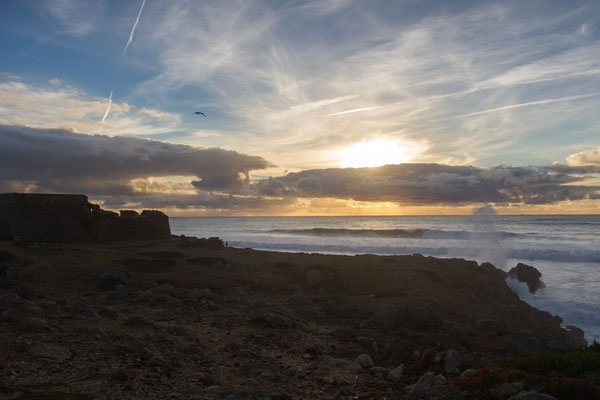 After a good night sleep (for me not for Ferdinand). Ferdinand decided he didn't really feel like going into the busy Lisbon. I kinda agreed with him but there was one spot we did want to see. Lx Factory and I am happy we decided to stop there before heading down south. An awesome spot with urban shops and restaurants! I love these kinds of initiatives you can definitely see that the owners of the places get to use there own imagination to create the place as they wish. Which gives the whole area a great artistic and free vibe.

Because we were there early a lot of shops and restaurants weren't open yet. But we found a little breakfast place where they had Soy late. So after a cup off coffee, some strolling around and checking out some cool art pieces that were done on the walls we headed back to the van. We decided to drive down to the Algarve and spend the last couple of days hanging out at the beaches.

I can easily say that the west coast of the algarve is the prettiest part of the Algarve. We have seen most of the Algarve back when we were training here but never made it this far. We were surprised by the beauty and the quietness of the area. We drove around and went to the most western point of Europe Sagres which we thought wasn't that special so we continued up towards Aljezur. Along the way we came across the most beautiful beaches, small villages and rolling green hills and of course all the van lifers/ surfers that hang out there to catch some awesome waves. Really nice and easy going people.

We even came across some dutch friends who we hadn't seen in a while and never knew they were here as well. Max and David were hoping to catch some waves so we met up at a beach in Sagres to watch them and take some pictures. Which was a lot of fun and so awesome to see them again!!! 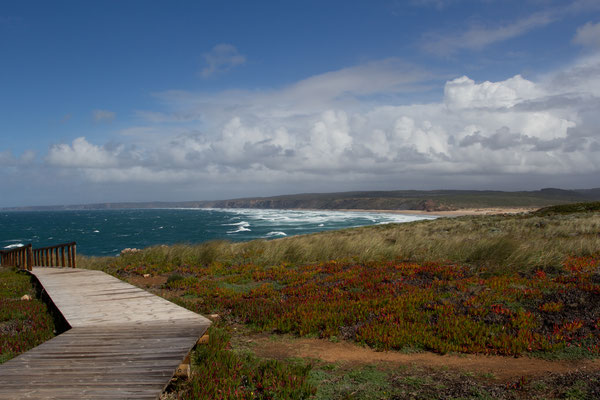 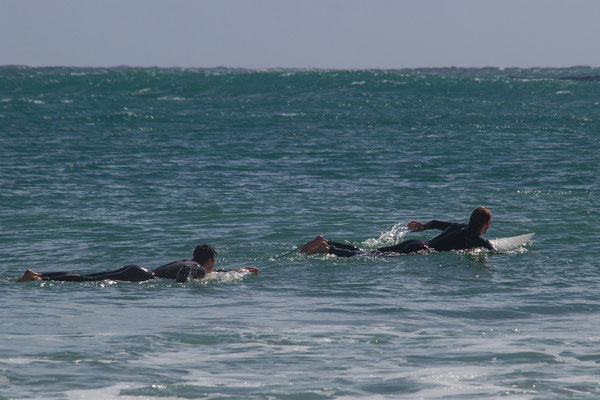 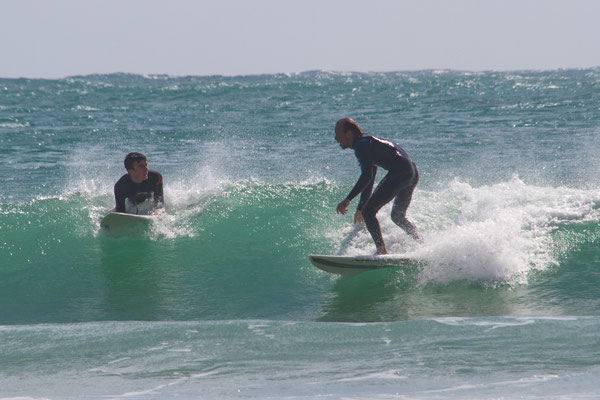 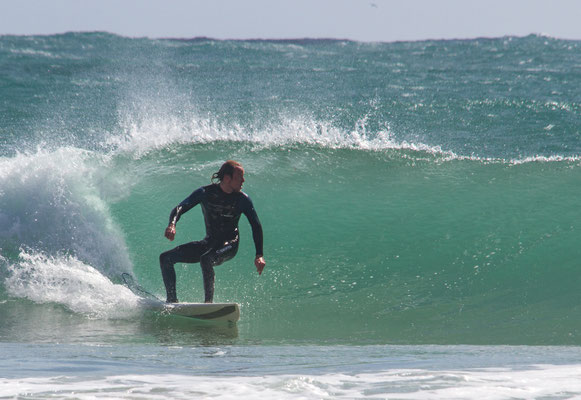 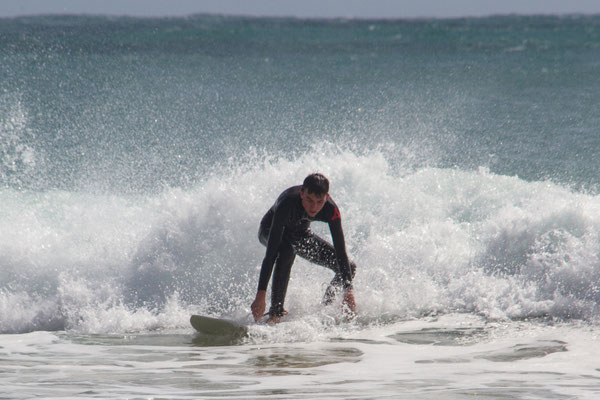 Heading back home tomorrow. Gonna miss the Vanlife but lots of new plans and picking up the van in the beginning of April so we'll be back soon!